During the mid to late 1960s there were a number of astronaut training sites in northern Arizona. These sites were located in Flagstaff, near Cottonwood in the Verde Valley and at Grand Canyon National Park, Sunset Crater National Monument, Meteor Crater, Merriam Crater, and locations on the Navajo Reservation. The main site seems to have been in Flagstaff and this was likely due to the U.S. Geological Survey having a large presence there and the extensive cinder areas east of town that proved to be an ideal training location. The U.S.G.S. still has a large office in Flagstaff (http://arizona.usgs.gov/Flagstaff/Geology/) where the astrogeology division produces maps of the planets. The craters were constructed using dynamite and backhoes. 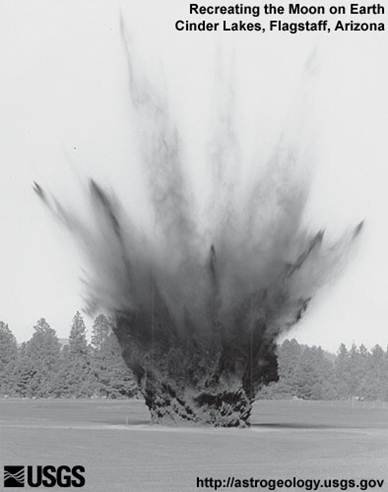 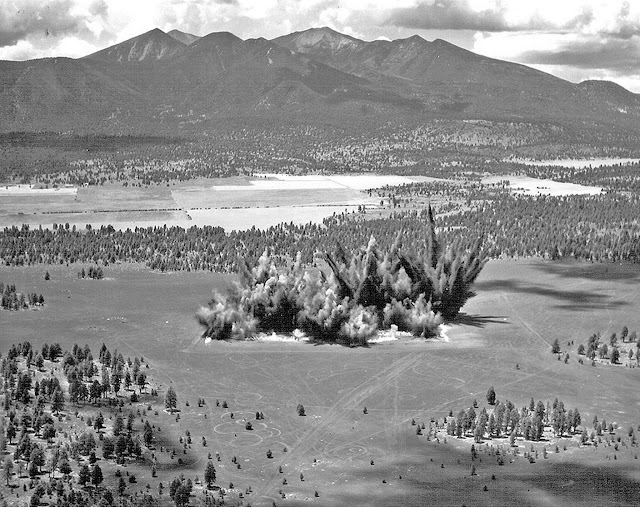 I had seen some brief descriptions of the training location east of Flagstaff but there is surprisingly little written about it and I haven't met anyone here that is familiar with it. I stumbled across the site when I was out mapping logging railroad lines. There are two sites. The image below shows the two sites. The northern site is completely within the Cinder Hills Off-highway vehicle area (OHV) and the southern site is partially within this area. The City of Flagstaff dump is directly west of the southern site. 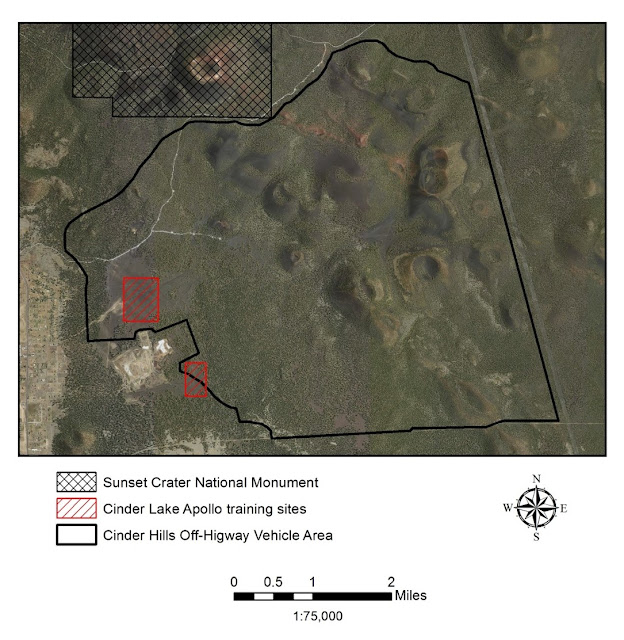 Unfortunately, the northern site has been heavily impacted It is surprising to me that this unique area wasn't considered important enough to preserve. I visited the southern site a decade or so ago and it was in somewhat better shape. It had been fenced off but the fence was down in several places and off-road vehicles and driven into the site. I was in the area again in August 2017 doing some fieldwork directly across the road. The Forest Service had put up a new fence and had some smaller signs describing the importance of the area. It was good to see that this irreplaceable site is now being conserved.  The signs state that this is "the only remaining astronaut training area". That isn't entirely correct. It may be the only protected astronaut training area. 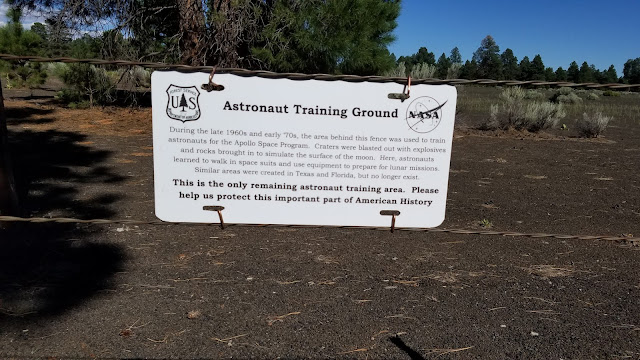 Below is an image of the northern site. The OHV tracks crisscrossing the site are clearly visible. 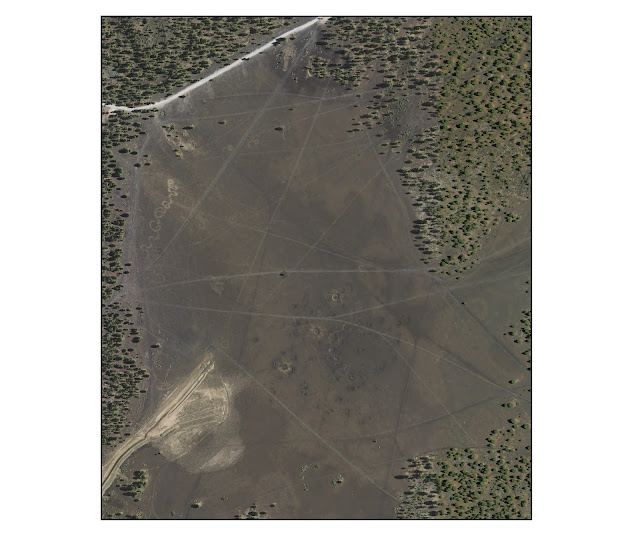 The image below is of the southern site. 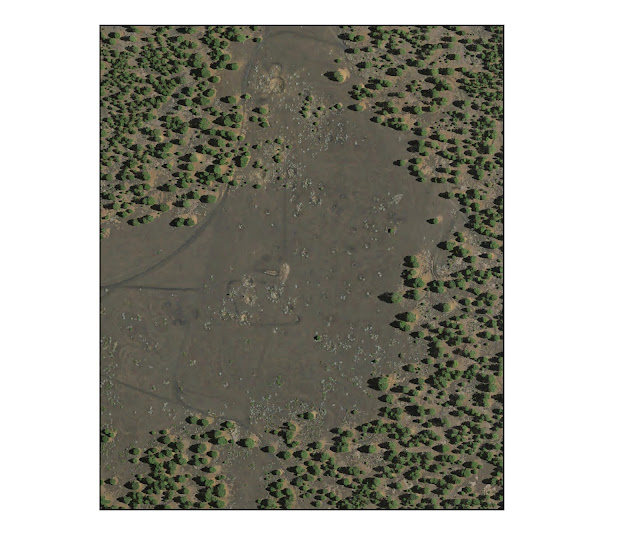 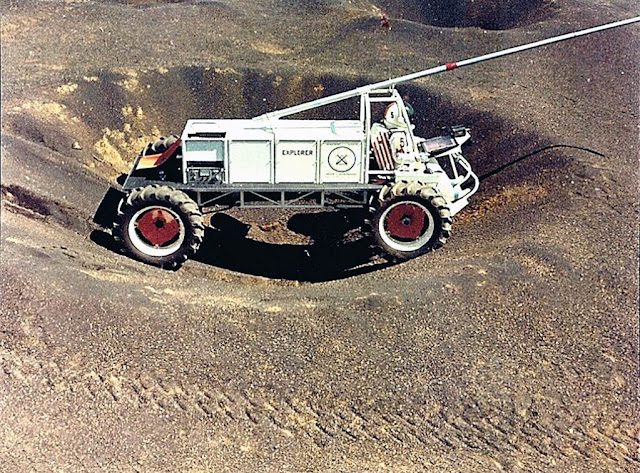 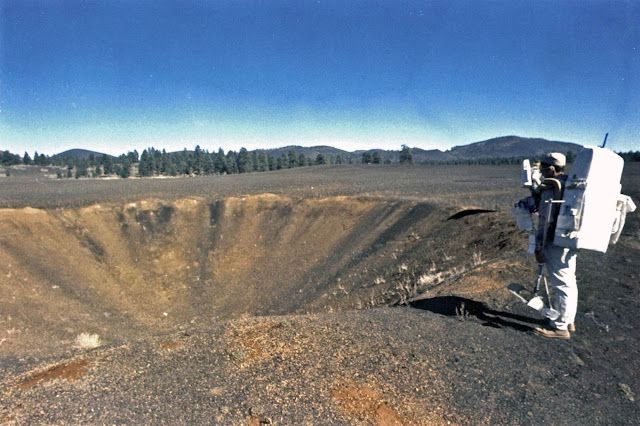 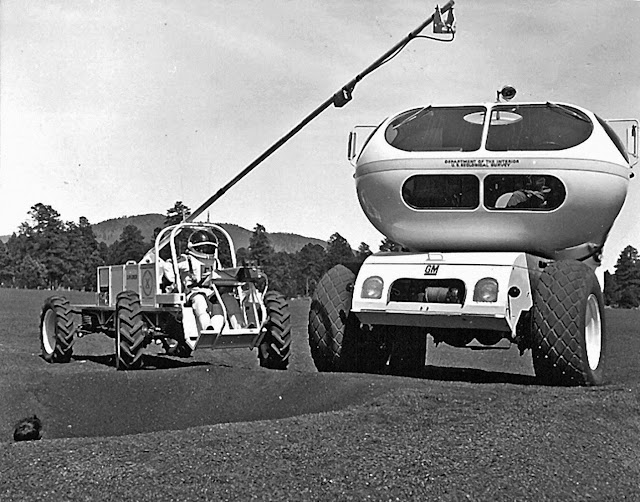 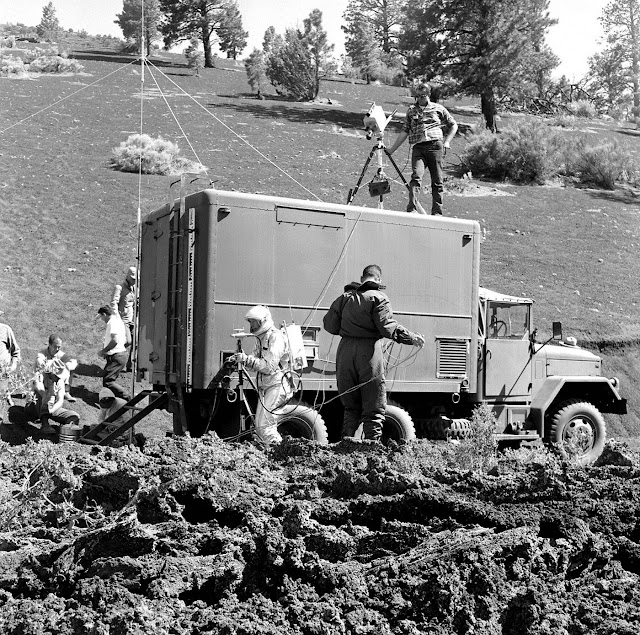 I had read that there was a training site, the Black Canyon Crater Field, in the Verde Valley. I did a web search for it and came across a newspaper article (https://www.verdenews.com/news/2010/sep/08/moonstruck-verde-valleys-contribution-to-the-spac/) that provided enough information for me to quickly find the site on Google Earth. I made a trip south to check it out and was able to find several craters and a large square area that had been cleared and surfaced with gravel. Below is an historic image showing the crater field. The square feature that I found is visible. 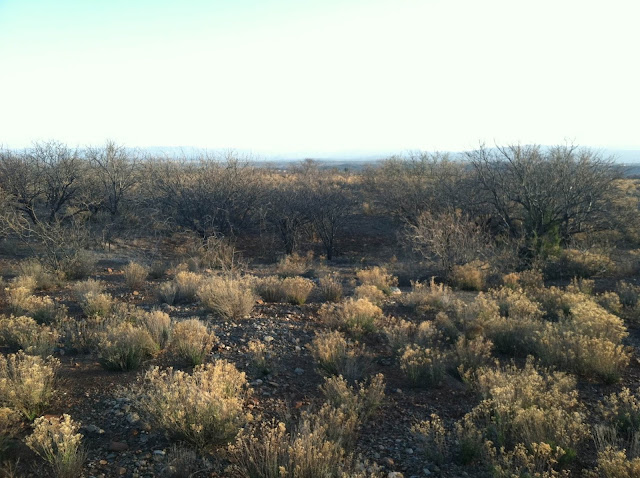 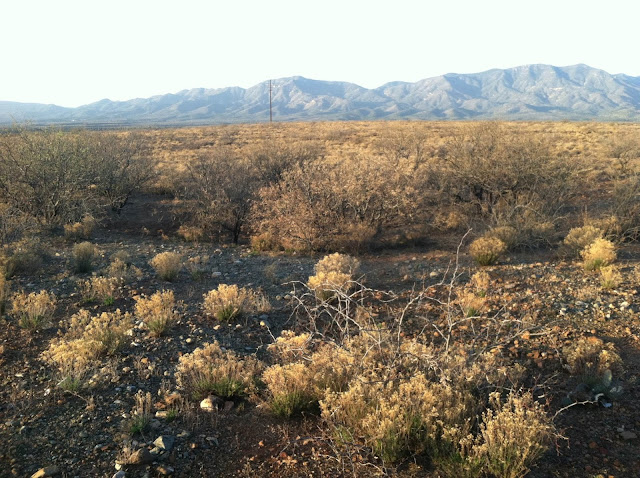 https://www.lpi.usra.edu/science/kring/lunar_exploration/CinderLakesCraterField.pdf
This is a very interesting link. It has information on all the training sites in northern Arizona. It does incorrectly state that the Black Canyon Crater Field has been covered by a housing development. The site was said to have over 300 craters and there aren't many still visible so it seems that a good portion of the site may have been developed. There is a development less that .5 miles north of the craters I located. I emailed Dr. Kring (he put together the Powerpoint found at the above link) and sent him pictures I took of the crater field. He was happy to find out that at least some of the field still exists. He mentioned that he has not been to the site and was told that it no longer existed.


Posted by Arizona Rails, Ruins, and Trails at 2:55 PM